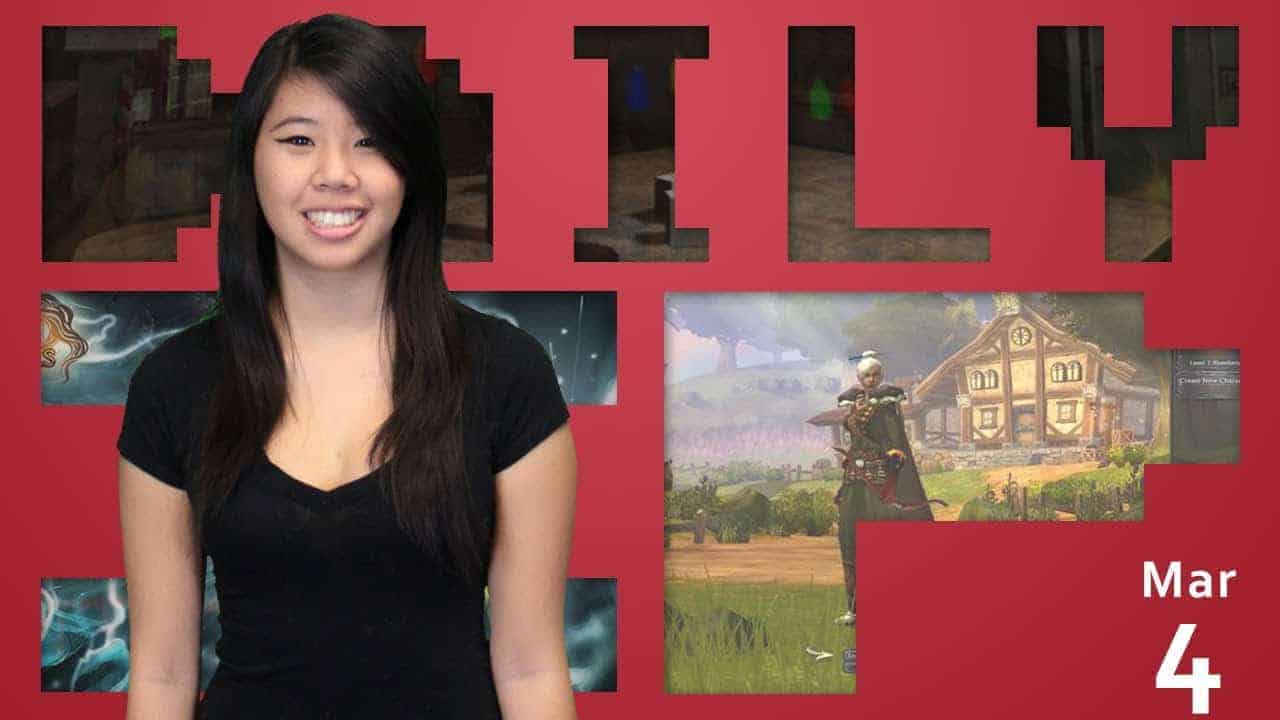 What’s up Attackers?  Nicole
here with your daily MMO news for Tuesday March 4th, exclusively from MMO
Attack.com.  So I’m supposed to do a
Jimmy Fallon-like monologue here to open the show, but On today’s episode we
have the battle for Lion’s Arch in Guild Wars 2, a new module in Neverwinter
and more from Blizzard’s Heroes of the Storm.
Your daily XP starts now!

Today on the Daily XP:
Battle for Lion’s Arch Finale is Released in Guild Wars 2 | [timer]29[/timer]
The Curse of Icewind Dale Announced for Neverwinter | [timer]68[/timer]
Dragon Shire Map in Heroes of the Storm is Featured in Video | [timer]99[/timer]

Transcript:
NCSoft and ArenaNet today released the finale to the world
story, Battle for Lion’s Arch.  In what
promises to be an epic moment in Guild Wars 2 history, the community will need
to band together to engage in an epic struggle to take back control of one of
the most famous cities in the land.  In
my best movie trailer voice, “The city of Lion’s Arch has fallen victim to a
surprise attack from Scarlet Briar, and her devastating army of dark
forces.  A deadly arsenal of war machiens
brought Lion’s Arch to its knees, and only the brave players of Guild Wars 2
can return control of the town to its rightful owners.”  The battle marks the end of a storyline over
a year in the making, check it out today!

The Curse of Icewind Dale has been announced for Perfect
World Entertainment and Cryptic Studios Neverwinter.  This is the third large-scale update to their
free to play MMO, bringing with it a ton of new content and PvP options.  The Curse of Icewind Dale will introduce 5
new zones, 2 of which feature both PvP and PvE content.  PvP matchmaking and leaderboards will also
debut, alongside a campaign that will see players completing a number of
objectives for exciting new rewards.  A
giant list of other updates are accompanied in the article on MMO ATK.com.

MOBA fans from around the world are being treated today to
the second gameplay video for the Dragon Shire map in Blizzard’s Heroes of the
Storm.  In the video, Dustin and Kevin
from Blizzard walk us through a variety of changes that were made to the map,
as well as debut a number of new champions and skins.  So what’s up with this Dragon Shire map?  It’s a 5v5 battle with a Dragon Knight lying
dormant in the middle.  Teams much
capture two obelisks at the top and bottom of the map to receive his
power.  Obviously the Dragon Knight’s
power gives you a massive power boost, and since you’ve already capture the two
obelisks, you’re probably already winning the battle, so I’m assuming it’s GG
by now.  Take a look at the video though,
it’s pretty interesting.