These are the top games for you to play this semester. The games that will make your life in school just a little bit better! 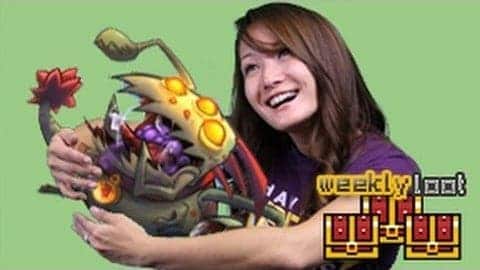 For your chance to win one of two digital copies of Awesomenauts on Steam just reply below telling us why you want to play Awesomenauts!

[review]
[list]
[stat=Publisher]Nexon[/stat]
[stat=Developer]JCR Soft Co[/stat]
[stat=Genre]MMO[/stat]
[stat=Distribution]Online Download[/stat]
[stat=Graphics]Med[/stat]
[stat=PvP]Yes[/stat]
[stat=Free to Play]Yes[/stat]
[stat=Download Size]~2GB[/stat]
[/list]
[/review]Darkblood Online is a PvP fighting game where players compete against one another in awesome arena style combat. The game is not for the faint of heart as it features mature content. The battles get very bloody and intense. In the game there are several arenas that players may be put into, and each one has different tactics that need to be used in order to survive.

As the descendant of a fallen hero, it is your task to discover the evil seeking to take over the world, and use mysterious powers to overcome it. Engage others in exciting, fast paced action. Utilize skills, combos. and abilities to overcome your opponents. You will be forced to fight in a bloody arena, where only the strongest will survive and be recognized.

The hit free-to-play dark fantasy MMO arcade brawler, Dark Blood, has pleased its community instantaneously with a new level cap raise to 40 and a new map expansion that is able to stir players up. ?[The map] includes deep exploration of the mythic Quern Castle, its possessed dungeons, mobs and bosses. It is the castle from the tutorial where players train under unrelenting attacks, where poisonous gas turns knights into whacked out zombies, and goblins and one eyed monsters with a lot of personality trapse across dramatic cliffs and marsh intent on claiming flesh and soul.?

Fan of arcade beat-em-ups, but want more bloody combos? Look no further because Darkblood is here!