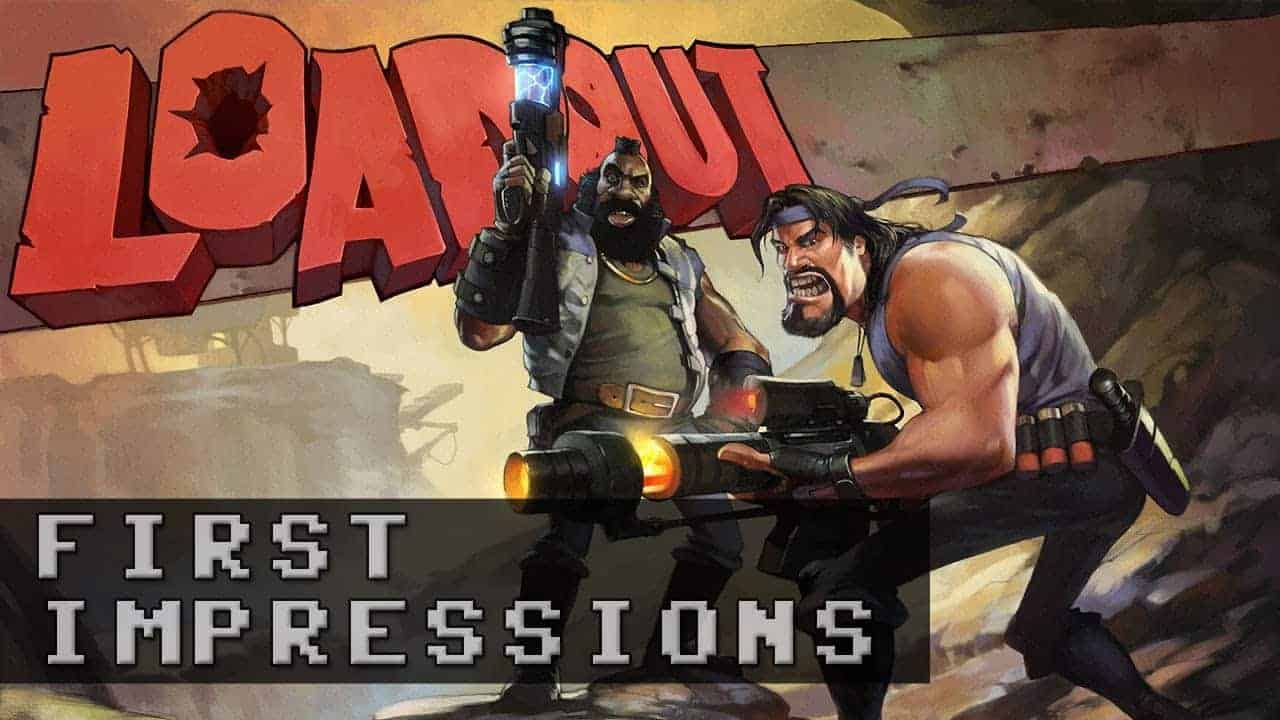 Create, Customize, Kill!  That’s the slogan for this multiplayer shooter that has everyone raging.
Learn more about Loadout.
Get caught up on the latest in MMO and MMORPG news from our writers and reviewers.
Looking for a new free to play game? Play the Top Free MMO Games as chosen by us here at MMO ATK.
Get Social With Us:
MMO ATK on Facebook:
MMO ATK on Twitter:

2014’s not even in full swing, and already we’ve got a contender for best shooter of the year. Ladies and gentlemen, say hello to Loadout. This carnage-filled frag-fest basically mashes Gears of War and Team Fortress 2 together into one giant, steaming pile of mayhem, with liberal amounts of gore, violence, partial nudity, and profanity. Basically, it’s a game that revels in the fact that it’s completely and utterly ridiculous, and ends up being amazing for it.

Those of you who’ve already heard of the game will likely have heard that Loadout’s main draw – aside from the impressively fluid gameplay, which combines third-person shooter mechanics with fast-paced platforming – is the sheer volume of customization you’re given regarding how you want to play the game. Truth be told, everything feels a little overwhelming, at first: you start the game with access to four different ‘types’ of weaponry: rifle, rocket, beam, and pulse. Each ammunition type has its own unique set of traits and capabilities, and as you complete matches, level up, and gain “Blutes” (Loadout’s primary currency), you’ll be able to access new parts with which to customize your weaponry.

Want a mortar that fires clusters of bouncing napalm? You can do that. Want a Gatling Gun that fires spiraling, electrified balls of doom? You can make one. A sniper rifle that causes an explosion on impact? That’s probably somewhere in the game, as well.

In addition to the weapon customization options, players also have access to a fairly diverse tech tree. Using Blutes, the player can choose to gain new combat gadgets (such as a shield or the ability to throw down a turret), unlock new parts and ammunition for their weapons, or upgrade weaponry that’s gained enough experience to level up. The system might seem a little confusing to new players at first, but by the time they’ve done a few matches, most people should have more or less gotten the hang of things.

Loadout’s got several primary gametypes, all of which should be more or less familiar to FPS veterans. Jackhammer is your basic capture the flag, Blitz is king of the hill, and Death Snatch is your standard team deathmatch, with the added quirk of having to pick vials up from an enemy’s corpse in order to confirm kills. Perhaps the most unique gametype I’ve seen thus far is Extraction, which tasks a randomly-selected player with running across the map and grabbing Blutonium to return it to any of a number of drop points. Whoever gathers the maximum amount first wins.

Regardless of which game-mode your playing, there will be blood. There will be gruesome death, gleeful destruction, and a general air of havoc and devastation. If you’re anything like me, you’ll love every minute of it.

Of Loadout’s matchmaking, I’ve but a few complaints: Firstly I wish games allowed for more players. At the moment, the maximum players per match is eight; I feel like there’s so much mayhem below the surface just waiting to be unleashed if only a few more players were added. The lack of any sort of FFA gametype stings a bit, as well – but I’m sure these are two features Edge plans to release at a later date. Second, I noticed during my time with the game that the menus tended to be a bit buggy, suffering frequent communication interruptions. Again, this is probably something that’ll be fixed as we move forward.

Oh, it’s also worth mentioning that Edge of Reality manages the freemium business model beautifully. None of the purchases in the cash shop really give you a noteworthy edge over other players; everything’s either purely cosmetic or purely convenience. You can’t buy items, you can’t buy blutes, and you can’t buy guns. In other words, everything is pretty much as it should be.

At its core, Loadout may be a simple and somewhat crude frag-fest, but damned if it isn’t the most fun I’ve had with a shooter in well over a year. I’d urge you all to give it a try – you won’t be disappointed.

Our weekly MMO and MMORPG News for January 24th 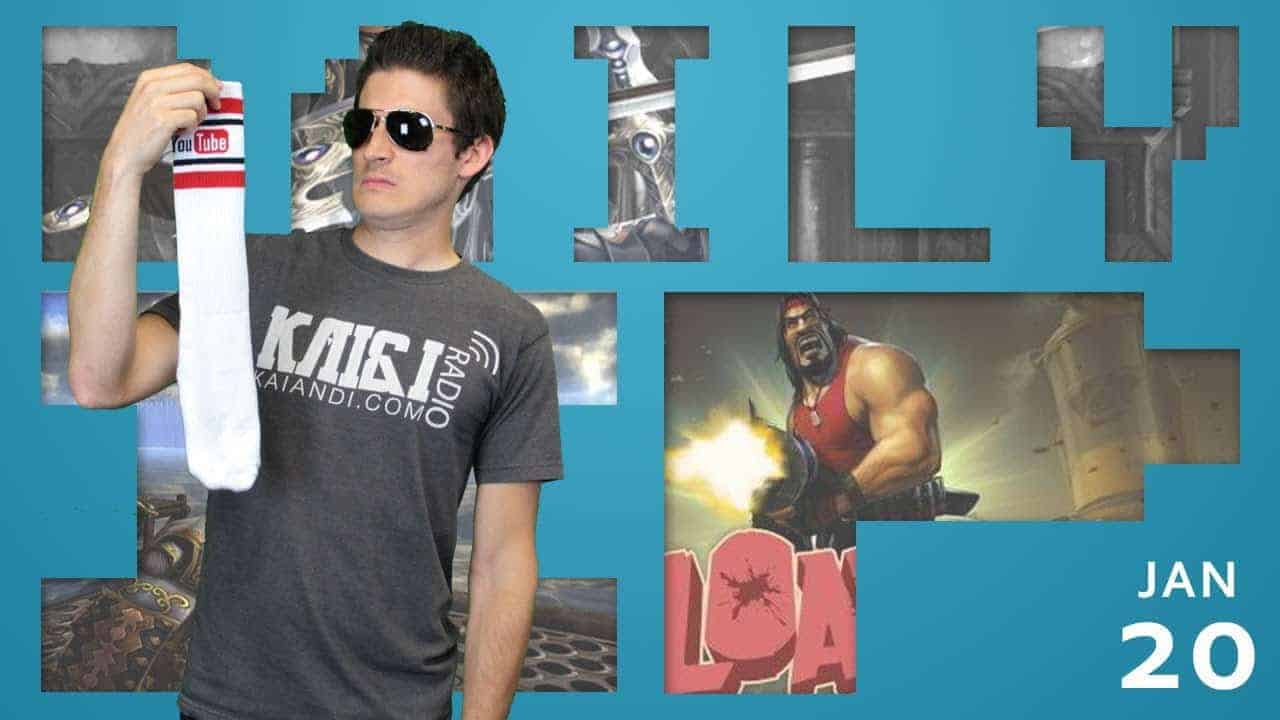 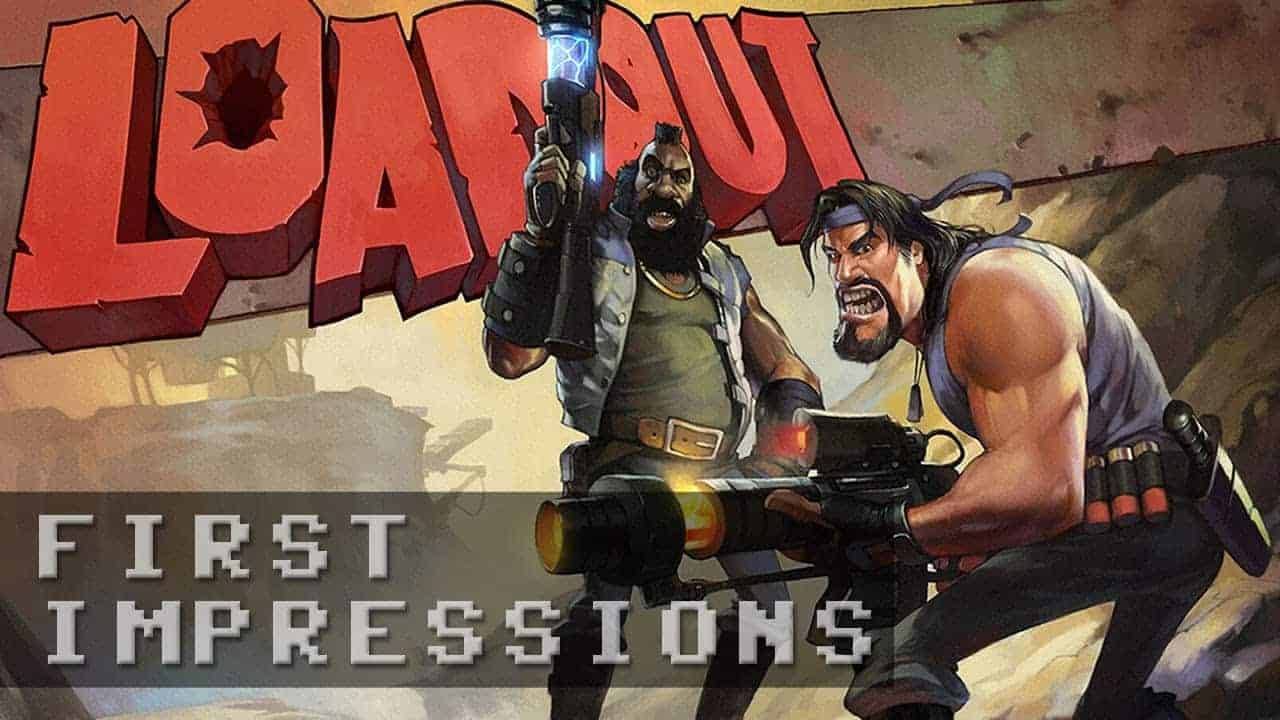 Loadout is an interesting take on the standard MMOFPS.  What differentiates the game is the amount of choice in weapon customization.  Players can customize the look and feel in over the top ways.  The more you play Loadout, the more whacky and insane the weapon combinations open up.
Play Loadout for free – http://www.loadout.com/
Read more MMO and MMORPG news at: http://mmoattack.com/mmo-news
Play the Top Free MMO Games: http://goo.gl/Rxsji
Get Social With Us:
Facebook: http://www.facebook.com/MMOAttack
Twitter: https://twitter.com/MMOAttack
MMO ATK | We Do Games  —  Play Free Today!

[keys id=129156]MMO ATK has teamed up with Edge of Raelity to give away closed-beta keys for their third person shooter Loadout!

In Loadout, players define their own class and play style by using out modular weapon crafting system with over 2 million different weapon combinations that will truly set you apart from your competitors. Create, customize, and kill while experiencing over-the-top comedic violence with great team-based gameplay.

For instructions on how to redeem your key, hit up www.loadout.com/beta . We?ll see you online!

MMO Attack brings you a first impressions video of Tribes: Ascend- Loadout, a free to play MMORPG from Hi-Rez Studios.